The CEOP and how far Facebook should go to protect users 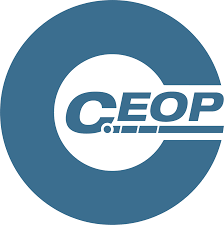 Has the ongoing standoff ended between Facebook and the Child Exploitation and Online Protection Centre (CEOP) regarding its child safety strategy?

Jim Gamble, Chief Executive of CEOP, has criticised Facebook over the past six months for not introducing a panic button on each user’s profile page which is linked to CEOP’s site.

Similar sites, such as Bebo, have introduced this button which provides quick access to sources of help for grooming or bullying.

Recent reports from the police have seen the number of complaints of alleged grooming and bullying on Facebook almost quadrupled in the first three months of this year.  None of these has been reported to come directly from Facebook.

Mounting pressure on Facebook from the UK Government and British parents led to Facebook’s chief security officer, Joe Sullivan, meeting Jim gamble in Washington DC on Monday.  After lengthy discussions, although a button was not agreed upon, UK users under 19 will now be able to click on the ‘report abuse’ link on each page.  This will provide the option to report the abuse directly to CEOP as well as to Facebook employees.

“from our experience big graphics of ‘buttons’ produce less good results – in terms of people actually reporting abuse.  They intimidate and confuse people.  We think our simple text link, which gives people the option to report abuse to CEOP as well as to the Facebook team, is a far more effective solution.”

Surely the protection of children from grooming and bullying is of utmost importance rather than whether a button or link is used?  The debate continues but in the meantime, more and more criminal cases are received by computer forensic companies such as CYFOR where abuse has occurred through social networks such as Facebook.