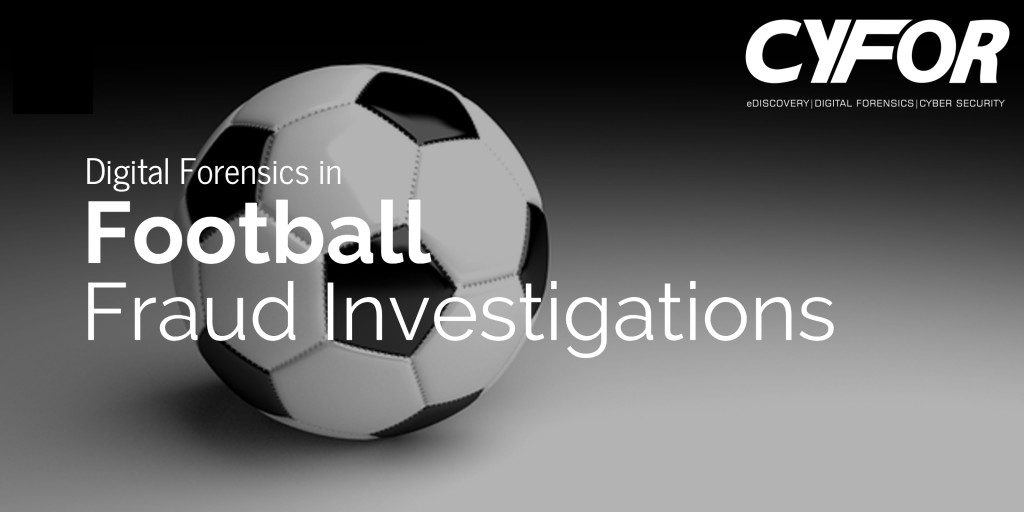 As originally reported by The Guardian, several search orders and arrests were made in football fraud investigations carried out by HM Revenue & Customs.

Dawn raids were executed on the offices of football clubs Newcastle United and West Ham United. The shocking announcement made by HM Revenue & Customs was in relation to a criminal investigation.

Its officials had arrested “several men working within the professional football industry for a suspected income tax and national insurance fraud”. Its investigators, who numbered 180, had “searched a number of premises in the north-east and south-east of England and arrested the men, and also seized business records, financial records, computers and mobile phones”. The authorities in France were also involved, had made arrests and searched “several locations” – sparking fevered speculation about who the targets might be and what the deals were.

CYFOR have over a decade of experience within Digital Forensics and litigation support services. This has allowed us to assist a multitude of organisations, law firms and regulatory authorities with commercial and corporate investigations, including collaborations with football clubs and leading sporting bodies (the details of which cannot be divulged due to confidentiality agreements).

One of our specialist capabilities, which provides exceptional benefits to high profile sporting organisations is a Forensic Readiness Plan. This assesses an organisation’s readiness to respond to a compliance requirement or internal investigation, such as the one recently undertaken by the HMRC.

Failure to act swiftly and preserve data can be costly and damaging, however prompt and effective action helps to minimise business disruption and limit any regulatory investigation.