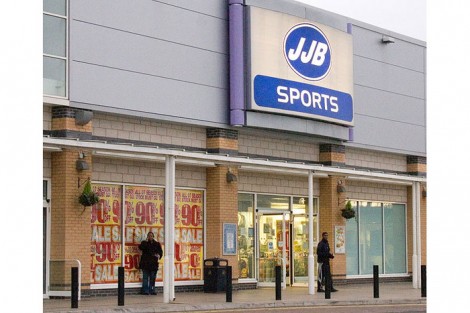 Ronnie, who refused to give evidence in his own defence, had denied three counts of fraud and two of furnishing false information, but a jury disagreed and found him guilty at Southwark Crown Court yesterday.

The court heard how Ronnie had received fraudulent loan payments of £980,000 from suppliers of his high street sportswear firm. He failed to make the board aware of the payments, money he used to buy property in Florida.

Also in the dock were David Ball and David Barrington who were associated with Performance Brands, a supplier to JJB. They were accused of helping Ronnie to acquire the loans, falsifying records and covering up a series of emails relating to the loans.

CYFOR’s specialist digital forensics team was brought in by the Serious Fraud Office to conduct an investigation into the email messages, which proved significant to the case.

The court was told that a computer engineer was asked by Ball to remove any trace of the relevant email accounts from the company’s computer servers, but he became concerned and contacted the Serious Fraud Office.

By using specialist software and investigative techniques, CYFOR were able to establish there were inconsistencies in the defence’s statements and that email accounts had existed prior to the date claimed.

Acting in their capacity as expert witnesses for the Serious Fraud Office, CYFOR gave verbal evidence over two and a half days at the trial.

“Our investigation centred on email accounts and a series emails which turned out to be decisive to the SFO’s case.”

“Using the services of an IT engineer, two of the accused were instrumental in attempting to wipe email records but fortunately their attempts were not entirely thorough. Not only did the engineer keep a copy but CYFOR were later able identify email messages with specific dates that undermined the defence’s evidence.”

Ball and Barrington were subsequently found guilty at the hearing and were convicted of two counts of perverting the course of justice by helping Ronnie subvert incriminating evidence.

All three were sentenced on December 12th.