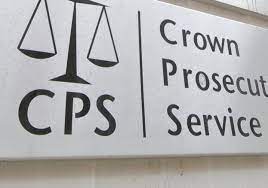 Digital evidence retrieved by CYFOR was instrumental in the Crown Prosecution Service (CPS) dropping the case.

CYFOR were instructed by Burrows Bussin solicitors in a case to defend a 17-year-old boy, who they believed was being made a scapegoat for illegal downloading. The defendant, Matthew Wyatt, had been accused of copyright infringement in relation to the download of albums.

Wyatt was subsequently charged with the distribution of copyrighted material.

Burrows Bussin was preparing to defend Wyatt in the case concerning the OiNK file-sharing site.  The OiNK site was shut down by the BPI and police, and forensic images are taken of their servers.  CYFOR was involved in the investigation of forensic images taken from OiNK and Wyatt’s PC.

Part of the forensic investigation involved CYFOR rebuilding the OiNK SQL back end database and servers in order to perform tests for the defence.  CYFOR was able to highlight technicalities in respect of the distribution of the copyrighted material.

“Having worked with CYFOR in a number of cases involving digital evidence, we were confident that they could assist us with the defence of this case. The work undertaken by CYFOR and the clear and concise advice given were important in undermining the Prosecution’s case and assisting our client’s position.”  David Cook, Burrows Bussin.

CYFOR was preparing to give expert evidence in court at the case in June, however, the CPS dropped the case this week.