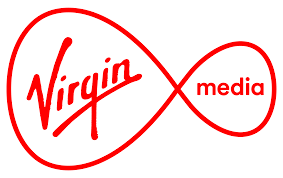 A three-year investigation by Virgin Media, which was assisted by CYFOR, has led to a combined fifteen-year jail term for three men involved in defrauding Virgin Media.

This multi-million-pound prosecution targeted Rayyonics, the largest manufacturer and supplier of illicit set-top boxes branded Eurovox in the UK.  The three defendants were instrumental in this fraud and were found guilty at Snaresbrook Crown Court last week.  Munaf Zinga was given eight years in jail, Mukundan Pillai was given six years, and Salim Patel was given one year.

The set-top boxes were sold between January 2005 and November 2008 to suppliers and dealers across the UK and Northern Ireland.

The investigation commenced in November 2008 when Police raided the homes of five suspects, a commercial premises and storage facility where they seized approximately 5,000 illegal set-top boxes and £90,000 in cash.

Virgin Media privately prosecuted the defendants and worked closely with CYFOR to secure the convictions.  Our expert computer forensic investigators examined all computer evidence used to modify the set-top boxes.  CYFOR’s eDisclosure solution was then used to process the data and provided to Virgin Media’s legal team for online review.

Two CYFOR investigators took the stand in this seven-week case and were praised by HHJ Bing for accurate and professional testimonies.  We provided computer evidence of illegal software and firmware on the seized computers and our eDisclosure solution enabled Virgin Media to review vast amounts of data and extract only the data of evidential value, saving both time and money.

“Many people simply don’t realise that they are even committing a crime by receiving channels for free.  In this case, consumers were exploited and misled into spending hundreds of pounds on these boxes.  We hope the evidence collated as part of the investigations sets a precedent to prevent future fraudulent activity”.