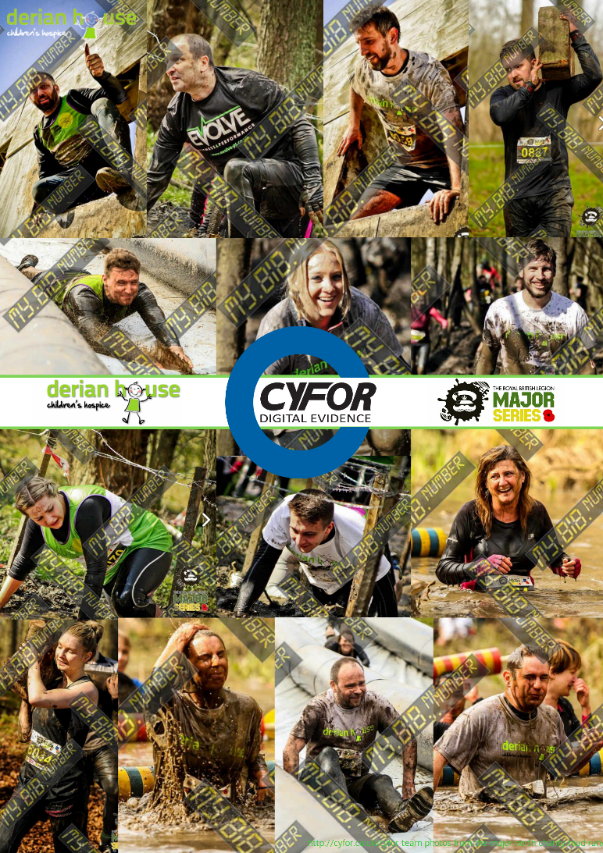 The CYFOR team participated in The Major Series 10k military mud run, fundraising £4586.87 in support of Derian House Children’s Hospice based in Lancashire.

Derian House is renowned throughout the region as being at the forefront of children’s palliative and respite care. The hospice currently supports more than 300 families who have a child with a life shortening illness, and a further 200 who are receiving bereavement support. For them Derian House is the means by which they deal with the highs and lows of their child’s illness and its aftermath.

They receive minimal government funding and have to rely their own efforts and the generosity of others to raise the funds they need to ensure that their children and their families continue to receive the crucial care and support they so desperately need.

CYFOR Director Ryan Farber who had direct involvement in supporting a terminally child called Joseph at the hospice, said; “its 20 years since Joseph passed away at Derian House and it’s been a great privilege for me and the team at CYFOR to have undertaken this challenge and raise £4000 for such a worthwhile cause”.

Managing Director Joel Tobias added; “As a team we’ve raised £4000 for a fantastic cause and I’m very proud of the CYFOR team’s achievement”.

Established in 2002, with headquarters in Bury, CYFOR specialise in digital forensics and electronic discovery, assisting law firms, organisations and the police in criminal and civil matters.