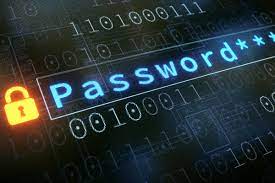 A US federal Judge has made an unprecedented order, which is challenging the constitutional rights of defendants, to remain silent.

US District Judge William Sessions has ordered that a child abuse suspect hand over the encryption keys to his computer for a digital forensic investigation.

Judge Sessions overturned an earlier ruling made by a Federal Magistrate that said forcing the defendant, Sebastien Boucher, to surrender his passwords would be a breach of his Fifth Amendment rights.

Boucher was arrested in late 2006 while entering the USA from Canada when border agents claimed they found images of child pornography on his laptop. Boucher waived his Miranda rights and allegedly told the agents he may have downloaded child pornography. The laptop was then shut down.

Nine days later, authorities armed with a subpoena tried to access the pictures again and this time we were unable to inspect the hard drive’s contents because it was protected by PGP encryption software.

This ruling is almost certainly likely to spark debate, particularly with Human Rights organisations. The original argument centred on whether or not it was appropriate to order someone to “convey the contents of one’s mind, which is tantamount to testifying.

In the United Kingdom, an Animal Rights activist has been ordered to surrender her encryption keys under Section 3 of RIPA (Regulatory Powers Investigation Act). Her computer was seized by police in May 2007, and she was been given 12 days to hand over a pass-phrase to unlock encrypted data held on the drive – or face the consequences.

In general, failure to comply can result in up to two years imprisonment for cases not involving national security or five years for terrorism offences and the like. Orders can be made to turn over data months or even years old.

Section Three of the Regulation of Investigatory Powers Act (RIPA) came into force at the start in October 2007, seven years after the original legislation passed through parliament. Intended primarily to deal with terror suspects, it allows police to demand encryption keys or provide a clear text transcript of encrypted text.

You may no longer have “the right to remain silent”.