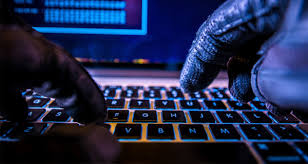 The UK’s Federation of Small Businesses (FSB) latest survey is reporting that fraud and cyber-crime costs UK small businesses £800 a year each. The SME lobbying group is calling for more action to tackle online crime as a response.

54% of small businesses polled said they had been a victim of crime over the last 12 months whilst 37 % reported problems with phishing emails, 15 % were affected by credit card fraud and another 15 per cent fell foul of security problems caused by viruses and hackers.

Reported losses as a result of fraud ran between £500 and £5,000, while the average cost across the SME sector is £768 a year. The study found that one-third of small businesses fail to report fraud or online crime to the police or their banks because they lack confidence in the system.

Half (53 per cent) said a clear cyber-crime reporting structure was needed, while 44 per cent wanted a named contact in their local police force to deal with online fraud and crime reports.

The survey reflects a widespread discontent about reporting structures in the business community that has existed since at least 2006 when the National Hi-Tech Crime Unit was borged into SOCA. The government has finally responded to complaints about cybercrime reporting with the creation of the Police Central E-Crime Unit (PCeU).

The small business lobby group is calling for the Police Central E-Crime Unit and the National Fraud Strategic Authority, which are due to launch the National Fraud Reporting Centre later this year, to work together closely to ensure they establish a “central, well advertised and accessible method of reporting fraud and e-crime”.

It also wants to see local police contacts who specialise in fraud and e-crime involving small businesses and action by banks in making sure merchants are clear upfront about the risks of card, not present fraud.

The FSB, which has 215,000 members among small businesses and the self-employed, has produced a paper on the issue, entitled Inhibiting Enterprise: fraud and an online crime against small businesses, which can be downloaded here.